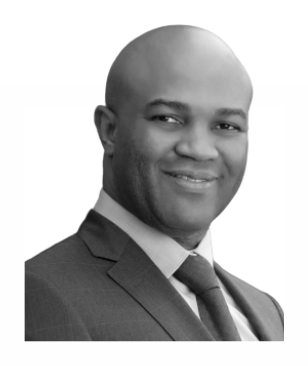 Robert Onyejekwe is an independent technically competent and business savvy manager with over 25 years of experience. His current focus is on business transformation. Robert is currently engaged on several executive board memberships and advisory roles in the energy transformation, infrastructure and Oil and Gas spaces.

Robert has worked in four continents. Starting his career with Schlumberger Drilling and Measurements Operations in 1996, Robert has held various field, engineering and management positions. From 1998 to 2005 working as a field and engineering professional in Nigeria, United States, Cameroon and France. In 2005, he was assigned as Drilling and Measurements Operations Manager for Angola, East and Southern Africa. Later in 2008, he was appointed Global Recruiting, Training and Development manager based in Houston, Texas. In 2009 he was assigned as Drilling and Measurements General Manager for Nigeria and all Gulf of Guinea countries. In 2012 he moved to Dubai as Vice President of HR for the Middle East Area and later returned in 2015 as the Vice President and General Manager for Sub Sahara Africa.

Robert was the President, Bits and Drilling Tools product line with executive leadership, global strategy, technology portfolio and business management of one of the fastest growing business units in Schlumberger. Under his leadership, several “game changing” Bits and Drilling technology were launched which is intended to provide the oil and gas industry with reduced driving cost by improving rate of penetration.

Roberts was the Global Director, Sales and Commercial for the Reservoir and Infrastructure group for Schlumberger, has been responsible for the deal origination & growth play strategies for eight (8) business product lines focused on market maximization and penetration.

Robert is also keenly interested in educational development, he has participated since 2015 as a volunteer member of the Faculty of the Future panel, a Schlumberger company initiative that selects and awards fellowships to women from developing and emerging economies to pursue PhD or Post-doctorate studies in Science technology engineering and mathematics (STEM) disciplines at leading universities worldwide. Robert joined the board of the Schlumberger Foundation in April 2017 and is currently a director.